Following Manchester City’s loss to Monaco in the Champions League, and their subsequent exit from the competition, we wrote a piece on Pep Guardiola’s desperate need to sign new full-backs for next season, putting forward three names in the process.

All were realistic, although in the case of Fabinho and Benjamin Mendy, it might have to be an either/or scenario, but other targets are now popping up, including a couple from the Bundesliga.

Earlier on Thursday, Bild claimed that Pep Guardiola had met with the agent of Schalke’s Sead Kolasinac this week, with the player likely to be leaving on a free at the end of the season.

However, the Bosnia international isn’t the only one on the Spaniard’s list, as, according to Corriere dello Sport, the Manchester City manager is also after Bayer Leverkusen’s Wendell. 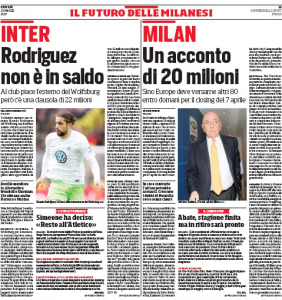 The Brazilian full-back is also a target for Inter Milan, hence the coverage from the Italian media, and it is his pace and quality that makes him an attractive option to Guardiola.

Where Manchester City will have the upper hand for this transfer is the price, considering Wendell signed a new contract until 2021 last summer, allowing the Bundesliga side to ask for a high price when clubs come knocking in a few months’ time.

The era of Pablo Zabaleta, Gaël Clichy and Bacary Sagna appears to be coming to an end at the Etihad, and it seems Guardiola is intent on getting things right for next season.

Chelsea scout on weekend mission for specific player – He’s the...