Lucas Moura has ruled out the idea of any talks over Liverpool transfer having taken place. In a press conference before a charity match, the PSG winger has dismissed the rumours which linked him to Jurgen Klopp’s club.

Most of the links between Lucas Moura and Liverpool happened in March. Sky Sports have revived it again in the past few days, as they evaluated the possibility of the transfer, and the Brazilian press took it as a chance to ask the player about it.

“I know nothing, I’m only aware of what’s been on internet by the press,” Lucas Moura told the journalists (via Globo Esporte).

“There were no contacts with me, it’s only speculation.”

Lucas Moura made 56 appearances last season, with only 13 goals and 5 assists. He never really became the player that people expected him to be, being compared to Neymar during their early years in Brazil, but has been proving himself to be a decent part of PSG’s squad.

Despite being often linked to English clubs, Lucas always says he wants to stay at PSG as he’s happy there. With the managerial change in the Brazilian national team, he sees the French club as his best opportunity to win his place in the Seleção back. 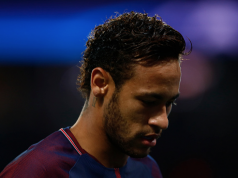