Home Europe ‘Lot of competition’ for signing of Liverpool player, he’s in no hurry...
SHARE

At 26 years of age, there’s going to come a time when Alberto Moreno will have to decide whether or not he’s happy sitting on Liverpool’s bench watching Andy Robertson start ahead of him on a weekly basis.

The Spanish defender is barely featuring for the Reds this season, and this has attracted some interest from around Europe from teams in need of a left-back going forward, among which are Marseille, according to L’Equipe.

One of the few named clubs said to be after Moreno in January, the Ligue 1 side are aware they will face ‘a lot of competition’ for his signature, which would most likely come in the shape of Sevilla.

Available on a free in the summer, the Liverpool man will be able to negotiate with other clubs outside of England from January 1st, but the French newspaper explain he’s in no hurry to get anything done unlike Marseille. 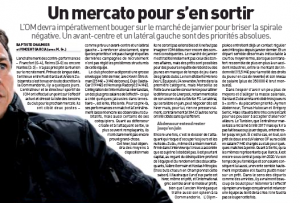 Despite a strong start, Jordan Amavi’s recent performances have left a lot to be desired, and with no natural backup in the position, things have been tough for Rudi Garcia in defence.

That’s why a deal for Moreno would be ideal, but if the player isn’t keen on leaving his cushty backup life at Anfield, there’s not a lot anyone can do about it.