With just over a week to go for Premier League sides to get their business done, plenty of the long-running sagas of this window will be getting sorted out. Giovani Lo Celso to Tottenham is likely to be one of them.

Spurs have been after the Argentine midfielder all summer but have so far been unable to get a deal done, with Betis holding out for a price Tottenham don’t want to pay.

The belief is that the Spanish side need to get a sale completed so they can do their own business, but so far they have resisted Tottenham’s advances.

Both ABC Sevilla and Diario de Sevilla have an update on Lo Celso today, and it seems the situation is still far from being resolved. 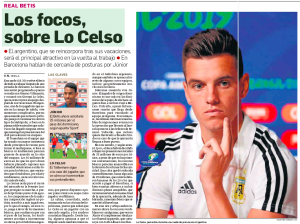 Both newspapers explain that the two clubs are still far away in their negotiations, with Betis holding out for the €75m asking price they’ve put on the midfielder. Tottenham are the most interested party but are yet to match that.

ABC explain they started the bidding at €40m and have raised that incrementally throughout the summer and Diario say their last bid was €50m. That’s been reported elsewhere, and it’s believed Daniel Levy won’t go higher.

Diario say that Betis ‘trust’ Spurs will come back with a better bid before the deadline on August 8th and are waiting for that to happen. 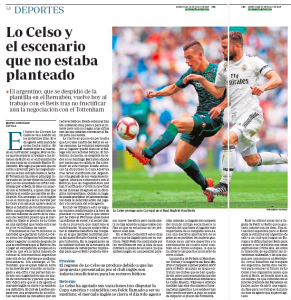 Lo Celso, for his part, is waiting for the same. ABC say he already has an agreement in place with Spurs and will ‘more than double’ his wages with a move to White Hart Lane.

Both newspapers say that Tottenham may have to move quickly if they do want to wrap up a deal, though, as there is now interest from elsewhere, with Napoli named as suitors by both. They can’t get James Rodriguez from Real Madrid so could now turn to Lo Celso as an alternative.