At the beginning of August, L’Equipe reported Liverpool and Arsenal were in the picture to sign Renato Sanches from Lille.

The Ligue 1 club were looking to get around €35m for their midfielder. He wasn’t fit at the time, with the French newspaper saying Sanches was out with ‘yet another muscle discomfort in a thigh’.

On August 9th, Liverpool interest was again reported in France, with the asking price then put at €40-42m.

Two days later, Jurgen Klopp’s side was named as the ‘most likely destination’, and a transfer fee put at around €40m, although it was stated the Reds would try to get this amount down.

For those Liverpool fans keen on the deal, Sunday’s L’Equipe brings some bad news. They explain Sanches has been feeling some knee discomfort for a few days, and it’s now expected he’ll undergo surgery in Portugal on a meniscus issue. 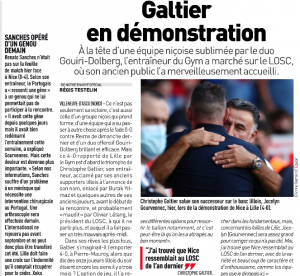 That will leave him out of action for Lille until September, and ‘therefore he cannot be transferred this summer’. As far as L’Equipe would be concerned, a move to Liverpool or anywhere else is off.

There’s a slight possibility a club could take a chance on the player, but that would be a big gamble given his fitness situation.