It seems Juventus are not the only Serie A club to be interested in Liverpool midfielder Emre Cam.

Besides being on the Old Lady’s list of possible signings for the summer, the player is said to have been watched by AC Milan too.

As the Rossoneri are starting to make their plans for the next transfer window, Italian newspaper Corriere Dello Sport has published a story detailing their targets. 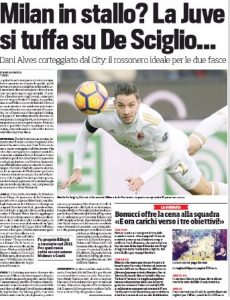 The article includes several players for each position, and Emre Can is described as one of the young midfielders who Milan would be monitoring.

Other players from this list would be Mahmoud Dahoud, Loren Goretzka, Adrien Rabiot and Rodrigo Betancur. The targets who are considered to be ‘more ready’ are Marco Verratti, Corentin Tolisso and Alexandre Lacazette.

Some of the names are more than ambitious, perhaps a little delusional.

The number of names makes it clear that Can is not a priority target for Milan, but is a possibility in case they fail to get the main players. The midfielder’s contract with Liverpool expires next year, so it should be an interesting window for him.