Home Premier League Liverpool Liverpool star still training at another club – Asked not to be...
SHARE

The local media in Rio de Janeiro continues to be pretty surprised with Alisson’s stay at Fluminense.

The Liverpool goalkeeper has taken his week off to travel to Brazil, and to avoid losing his shape he’s been training at the club where his brother plays.

Alisson didn’t want to hide from the press, since he’s appeared at the training ground and even took a photo wearing a Fluminense shirt with Muriel.

However, he doesn’t want to make a big deal out of it. According to O Globo, the goalkeeper has asked not to be photographed in any of his training sessions at Fluminense. And when asked about his stay there, the club said they can’t comment on a player who doesn’t belong to them. 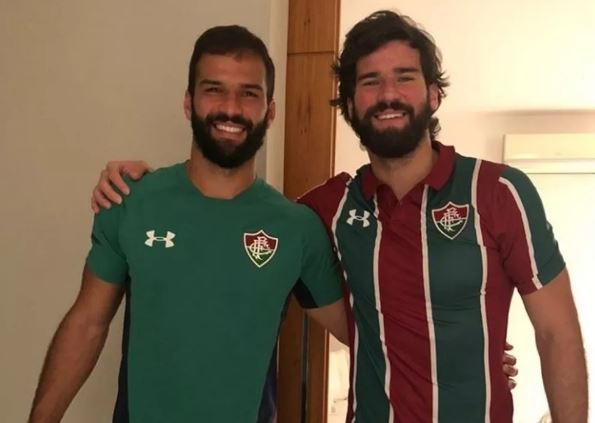 O Globo reports that Alisson has already been spotted wearing three Fluminense shirts. Two in training and another one on Monday night, when watching the club’s name at Maracanã, with his brother’s name on the back.

The Liverpool goalkeeper has trained at Fluminense three times, and is expected to be back to the training centre for the remaining days of the week.