Having decided not to renew his contract after winning the Champions League with Bayern Munich, Thiago Alcântara left the German giants for Liverpool last summer.

The midfielder and the Reds have not enjoyed a good run this season as the Merseyside club struggled in their efforts to defend the title.

Thiago tested positive for Covid-19 in his first month at Anfield and he suffered a knee injury in October, which kept him out of action until the end of December.

His return to the side coincided with the downturn in Liverpool’s poor run in the league and speaking to TV2 over the weekend, the Spain international admitted this season hasn’t gone as he had hoped for.

The former Barcelona man has been subject to criticism, including from a section of the media, pundits, former players and managers. 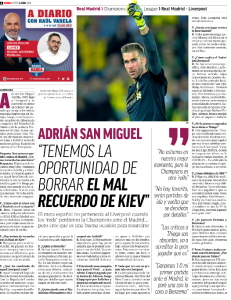 Responding to that, he said: “Of course. Thiago is receiving absurd criticism. He has more than demonstrated what a great player he is and he will also prove it at Liverpool.

“He comes from a different league, where he plays at a different pace, he had several injuries, COVID-19… That makes it difficult to adapt and, on top of that, the team has not been at his level.”