Each Monday we cover Gazzetta dello Sport‘s European Team of the Week.

The grand old Italian newspaper pick a selection of the best performers from around Europe, whilst leaving out their own Serie A.

There’s usually two or three Premier League players who get the nod, and Liverpool are well represented over the weeks, but today there’s something rather more unusual.

Not only has hat-trick hero Mohamed Salah made the cut, as he often has over the past year or so, but he’s also been joined by a Liverpool loanee.

Marko Grujic scored the only goal of the game and was Man of the Match as Hertha Berlin beat Eintracht Frankfurt 1-0 at the weekend. 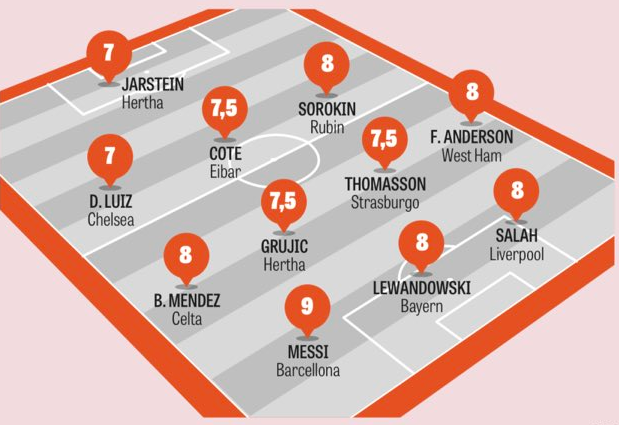 It’s not just Gazzetta bigging the youngster up, Bild are labelling the 22 year old a ‘midfield boss’.

They also quote coach Pal Dardai as saying: “I’ve been with Hertha for 22 years. This is no insult to the others, but Marko is by far the best midfielder I’ve seen at Hertha during this period.”

Bild put some counter arguments to that, but they agree Grujic is playing excellently.

The Liverpool owned player recently said he could stay with Hertha for another season after the current campaign, and if Jurgen Klopp doesn’t have a meaningful place for him at Anfield then it doesn’t seem too bad an idea.