Liverpool’s Sheyi Ojo spent the last season at Fulham and is set for another spell on loan, if growing reports are to be believed.

The winger is expected to sign for the newly promoted Ligue 1 side in the ‘coming hours’, but the deal will only take shape after he commits his long term future to the Reds.

His current deal at Anfield runs down in 2020 and the Merseyside club want to extend his contract, which could be done quickly. The leaders of Reims have already held talks with the player’s agent and Liverpool officials, and doubts were raised about the terms of the deal.

However, Ojo has pushed to ‘speed up the process’ so that he can complete a switch to France and unless there are any last minute surprises, he should arrive at his new club soon. 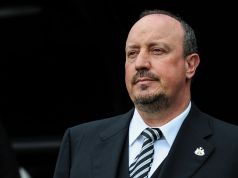