Home Europe Liverpool player was ‘one step away’ from joining Barca, reasons for failed...
SHARE

Liverpool were keen on signing Naby Keita from RB Leipzig in the summer of 2017.

After their failed efforts, the Reds ended up agreeing a fee with the Bundesliga outfit to bring the midfielder to Anfield in 2018.

A ‘Top Secret’ report from Wednesday’s edition of Mundo Deportivo now claims the 24-year-old was ‘one step away’ from joining Barcelona in 2017.

It’s claimed the La Liga winners’ former technical secretary Robert Fernandez held several meetings with the Guinea international’s agent, with the last one being in Barcelona, where it seemed they were all but set to seal a deal for him.

However, Ernesto Valverde’s side found two obstacles – increase in the transfer fee and the player wanted to ‘feel both sporting and emotionally wrapped up in this new challenge’.

In addition to this, the African demanded a net salary of €7m, which did not go down well with the Spanish champions.

From the Camp Nou, neither Fernandez nor Valverde were ready to promise him a place in the starting XI as the decision to include him depended on his performance in training. This is when the contacts broke down. 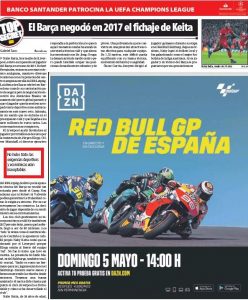 Keita will have an opportunity to hurt Barca when Liverpool face them in the first leg of the Champions League semi-final clash later today.

Claim Wolverhampton have wrapped up loan for exciting prospect – Have...