Last weekend, AS reported Liverpool have emerged as a surprise contender for Real Madrid’s Raphaël Varane.

It was also stated the defender’s future at the Bernabéu is ‘more uncertain than ever’ as he has less than 18 months left on his contract. Therefore, the La Liga winners don’t rule out his sale in the next market.

Mundo Deportivo were also able to confirm AS claims about Real Madrid looking to sell the France international in the summer if he doesn’t sign a new deal.

The first contacts between the two parties for renewing the contract already took place, but those at Real Madrid doesn’t see the 27-year-old ‘continue at the club’.

Therefore, he could be made available in the transfer window and Zinedine Zidane’s side are hoping to collect €100m from his sale, even though he’s valued at €70m. 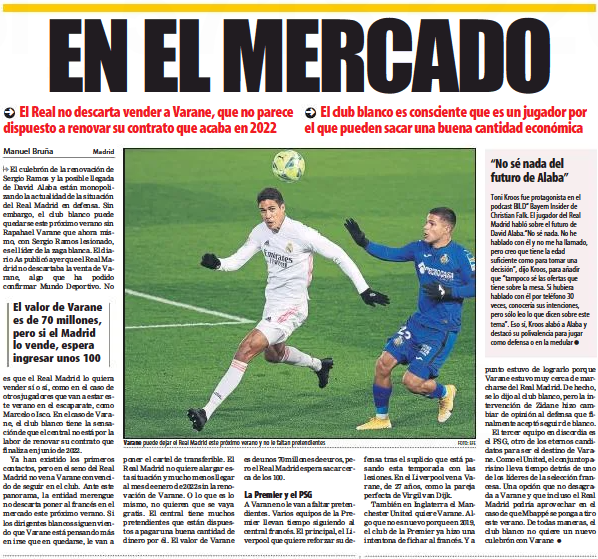 According to the newspaper, the World Cup winner will not be short of suitors as several clubs in the Premier League have been following him.

Liverpool are named as the ‘main one’ who are interested to take Varane. It’s claimed the Reds ‘want to strengthen’ their defence after the ‘torture’ they have experienced this term.

Jürgen Klopp has been without Virgil van Dijk and Joe Gomez for most part of the season and the options in the heart of the back four continued to deplete as other players picked up injuries.

Mundo add Varane is seen, most likely by the Anfield club, as the ‘perfect match’ for Van Dijk.

Liverpool’s interest in the Frenchman is also mentioned by Sport. 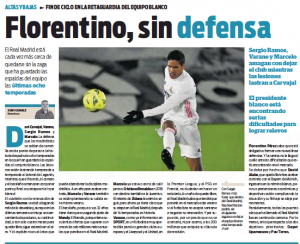 The Catalan newspaper adds Varane is a ‘very desirable footballer’ and the likes of Liverpool, United and Paris Saint-Germain wouldn’t hesitate to sign him in the summer.

With Real Madrid hoping to collect €100m for Varane [if he doesn’t sign a new deal], it remains to be seen whether or not Liverpool or any other suitors are ready to invest big on the former Lens man.