Liverpool remain in contact with Florian Wirtz’s parents as they try to establish a relationship and beat the competition to him.

That’s according to SportBILD, who cover the growing interest around the midfielder amid his continued impressive performances.

Wirtz is the new hottest talent in Germany, with a series of impressive performances for Bayer Leverkusen, meaning all the big clubs in Europe are keeping an eye on him.

Liverpool have been named among his suitors, although it was made clear that they were trailing Manchester City in the race for the youngster’s signature.

SportBILD throw them into the mix again today in a piece covering how Newcastle are now scouting Wirtz and looking to muscle in on the action.

They say that it is ‘considered impossible’ for Wirtz to leave for St James’ Park, and he will ‘certainly’ not move before 2023 either. 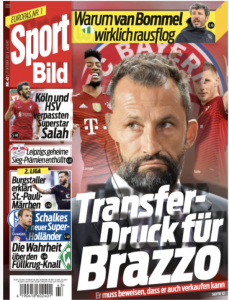 Nonetheless, the interested parties have all lined up for a deal, with the big clubs in Europe having ‘long had him on their radar’.

Liverpool are among them, and their scouts have been following him since he was a youngster, while they ‘keep in touch’ with his parents ahead of a move in future.

Nobody is making any offers as yet, but that connection with the family is key, and they are all ‘signalling’ that there will be a move at some point in future.