Home Europe “We have limits too” – Club boss speaks out on Everton transfer,...
SHARE

Ademola Lookman to RB Leipzig was an interesting situation in the summer window.

Ahead of the window, and for a good time into it, there was an almost arrogance in the German media on behalf of Leipzig and their chances of getting the player back.

Lookman had spent time at the club on loan and it was thought he wanted a return, and assumed in some quarters that Everton would cave in eventually.

The price estimated in Germany continued to rise and it gradually became clear that Everton weren’t playing games and didn’t want to sell unless a ridiculous offer came in for the youngster.

That didn’t happen, but the links are still there.

Oliver Mintzlaff, Red Bull’s ‘Global Head of Soccer’, has been speaking to Leipziger Volkszeitung and was asked if another attempt will be made on the signing.

“We would have liked to sign him in the summer, but Everton was not really ready to sell him and we have limits too. There is not only Ademola Lookman. Ralf Rangnick 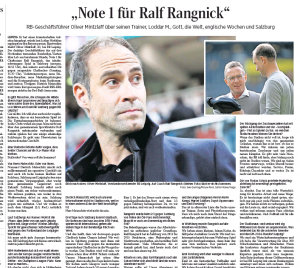 decides where he sets his sporting priorities.”

That doesn’t sound as confident as RB Leipzig once were.

Lookman has seven substitute appearances in the Premier League so far this season, with the 21 year accumulating 147 minutes.