When claims started coming out of Italy last week of AS Roma looking to get Tottenham to decrease the £25m price for Toby Alderweireld, it was clear the story wasn’t going to go the way the Serie A club, and their local media, wanted.

Franco Baldini was to be sent off to London to use his old connections to get the defender for less than half of his clause.

The Italian would charm those in charge at Tottenham, and Roma would be able to sign the defender for a relative pittance.

They didn’t bargain for Daniel Levy, and of course they should have. Sunday’s edition of Il Tempo reports the Tottenham chief ‘doesn’t move an inch’ and has no intention of giving a discount to anyone. 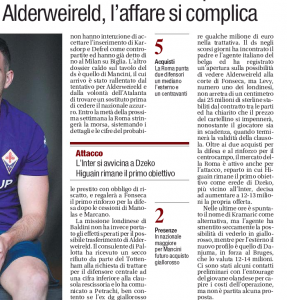 There’s been a ‘sharp refusal’ from Spurs and it’s been made very clear that the only way Roma get Alderweireld is by paying the £25m, not a penny less.

Tottenham are said to have ‘clarified’ the situation to Roma. 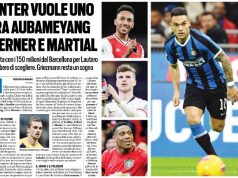