Home Europe Leicester player ‘proposed’ to another club – Manager has his doubts over...
SHARE

Leicester City manager Brendan Rodgers has given only 19 minutes of action to Islam Slimani this season and that came in his side’s 1-0 defeat to Aston Villa in October.

The striker has not been involved in the Foxes’ match day squad for any other fixtures in the league and the EFL Cup this season.

With a contract expiring at the end of this campaign and lack of regular opportunities at Leicester, the 32-year-old could look for a move away from the King Power Stadium in the winter market.

It was also stated the contacts between the Ligue 1 side and the frontman’s entourage were ‘not broken’. 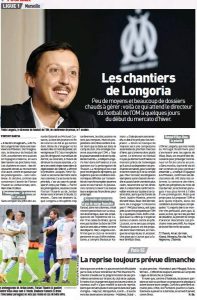 According to the report, several players have been ‘proposed’ to the French club, and this includes Slimani, who is ‘lacking playing time at Leicester’.

It’s unlikely the Algeria international will join Marseille, however, because L’Equipe states the former Chelsea manager doesn’t ‘favour’ his arrival in the winter market.

It’s not explained why, but perhaps the lack of playing time, profile or even age could be an issue here, and it appears Slimani’s options are dwindling by the day.