As far as we are aware, young Polish winger Bartosz Kapustka is on his way to Premier League champions Leicester City.

It was reported last week in Poland’s national press that a deal had been agreed between Cracovia Krakow and Claudio Ranieri’s side for the teenager, and although yet to be announced by the club itself, it shouldn’t be too long.

The reason behind this is a picture posted on Twitter by the player’s agency, BMG Sport, of the player clearly at an airport with the not so subtle hashtags #flight, #readytogo, #newchalange (sic) and #goodluck.

Now, call us optimistic, but that strongly suggest the player is on the move, and a medical/official announcement shouldn’t take too long.

The player showed a lot of promise last season for his soon-to-be former club, enough so that he made Poland’s national team for the Euros, where he showed glimpses of his ability when called upon. 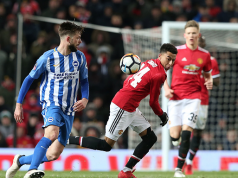