When players change clubs in the summer transfer window, it normally takes a while until they’re involved in rumours once again, unless something has been going terribly wrong.

Dennis Praet is doing just fine in his start at Leicester City, having started in the 4-1 win over Aston Villa last weekend. But still, his return to Italy is a constant topic in the local press.

It’s Corriere Fiorentino who has a story today about La Viola’s plans for the January window, as they bring a list of names who could be chased by the Serie A side.

Praet is among these targets, although there are not a lot of details about the pursuit. It’s just claimed that he and Domenico Berardi should ‘not be ruled out’ of the attempts made by the club in January. 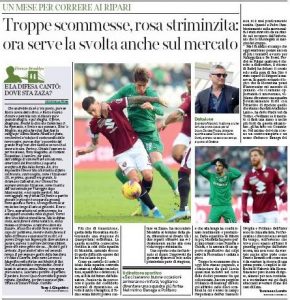 One of the big reasons why Fiorentina continue being linked to Praet is that Daniele Pradè, who signed the player for Sampdoria back in 2016, is currently in charge of La Viola.

But we’re still to see big reports of talks between the Italian side and Leicester City, so it sounds like the interest hasn’t gone very far yet.