The striker has had a tough time at Fenerbahce.

The Turkish giants are in a very unexpected relegation battle and Slimani hasn’t exactly played a role in helping them get out of that.

Since leaving Sporting, where he was an absolute hero, the Algerian hasn’t been able to find his scoring mojo. His record at times with Leicester was pretty good for goals to games but he wasn’t getting enough minutes and it’s been a slippery slope since.

A loan move to Newcastle United promised a lot and delivered little, and Fenerbahce have spent the entire January window trying to get rid of him.

They first tried to send him back to Leicester, which the Premier League club weren’t having anything to do with, and now Di Marzio says a move on loan to Betis is ‘close’. 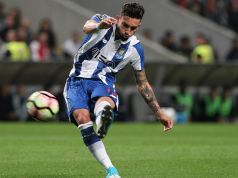