In need of a left-back this window, Schalke 04 have turned their attention to the French market, as Fussball Transfers in Germany report an interest in Fodé Ballo-Touré.

That’s not what interests us, however.

What does is the line the defender ‘arouses the interest’ of both West Ham and Crystal Palace, two clubs looking to bolster their squads for very different reasons.

Palace’s late interest makes a lot of sense following claims that PSV Eindhoven were ‘making every effort’ to sign Patrick Van Aanholt, meaning that if the Dutchman were to leave before the end of the month, Roy Hodgson would want to replace him.

As for West Ham, there’s been a number of rumours involving Arthur Masuaku this month, but the DR Congo international has yet to leave.

Aaron Cresswell has been the main protagonist in the role at London Stadium, but has recently had to play centre-back when David Moyes has decided to deploy a back three.

As for Ballo-Touré, he has played fairly regularly for Monaco, starting the last three games, and Fussball Transfers claim it might be difficult to get him this month.

That means ‘the chance of a move could then increase in the summer’.

Perhaps West Ham’s and Crystal Palace’s could change Monaco’s mind, but they’re hardly a club strapped for cash these days. 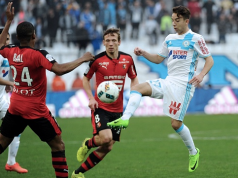