Torino’s Ola Aina has ended up in the sights of Leeds United, according to claims from Italy on Friday.

When talking of a potential transfer, Tuttosport state ‘there is Leeds’, and the claim even gets a mention on the front page.

He was not in the Serie A side’s plans last term, which is why he was sent on loan to Fulham. The Cottagers had an option to buy, but it was not exercised after they were relegated to the Championship.

The Nigeria international has 16 league appearances [including 13 starts] to his name this season, mainly playing on the left, but has failed to convince his manager, Ivan Jurić.

Therefore, Tuttosport says Il Toro leaders have placed the ex-Chelsea man on the market and will give him away if they receive the ‘right proposal’.

Torino are hoping the defender impresses for his country at the upcoming Africa Cup of Nations, so that a ‘good opportunity will come’ to offload the defender in the January window. 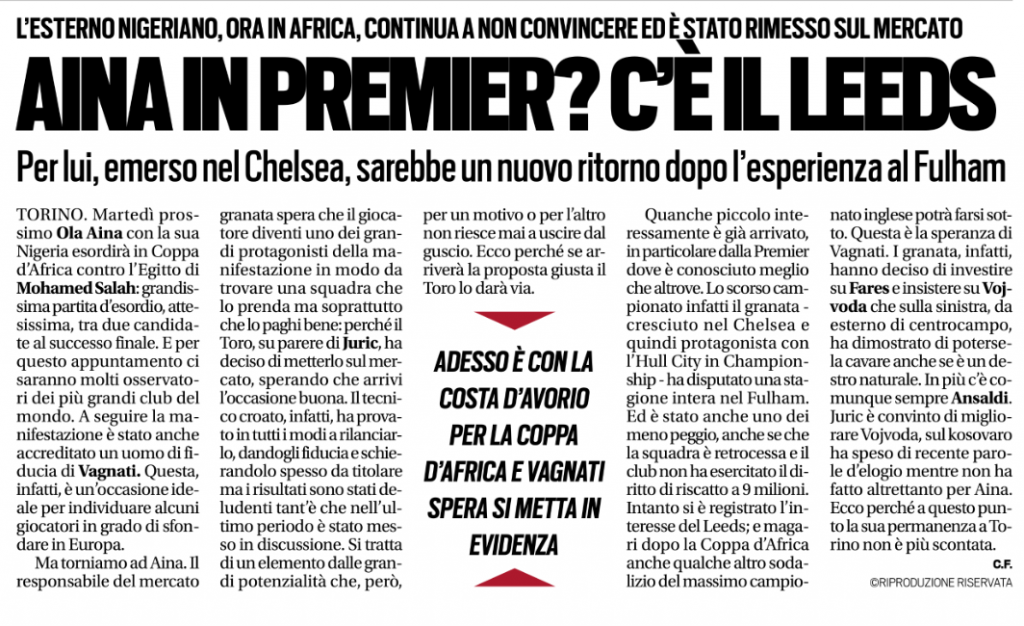 There are suitors in the Premier League, where the player is known well from his time at Chelsea, Hull City and Fulham. It’s claimed ‘the interest of Leeds has been registered’.

Tuttosport further adds the Whites could make an approach for Aina after his participation with Nigeria at the AFCON. This is something even Torino sporting director Davide Vagnati hopes for.