El Periodico Catalunya has an article on Monday looking at the struggle managers face to get their ideals over to a squad.

The job has changed over the years, and now, rather than being mainly motivational, the Spanish newspaper explains there’s not a manager around who doesn’t have his own idea about how a team should play football.

Getting from that base to the stage that footballers share such an ideal and can implement it on the pitch is a difficult process, but El Periodico says any manager currently having doubts should look towards ‘master’ Marcelo Bielsa at Leeds United.

That he’s managed to get his ideals across at a club with ‘many scars on the bench’ is thought to be an example that pretty much anything is possible if things are gone about the right way. 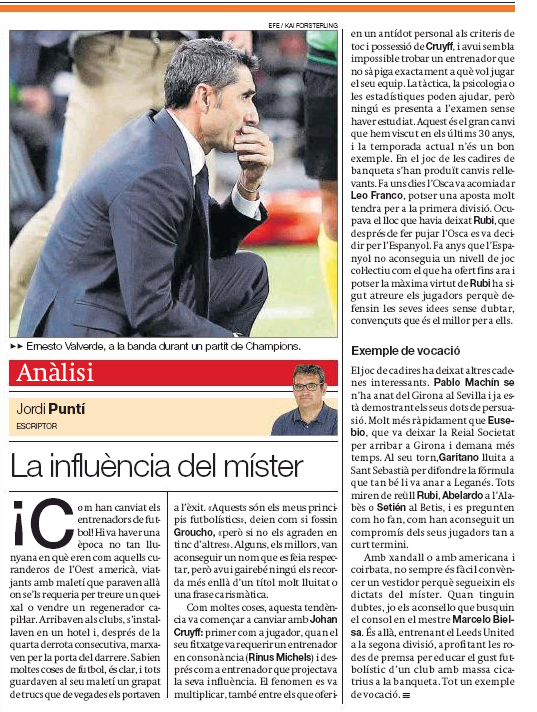 Not only do El Periodico believe Bielsa is getting his message across to his Leeds players, they also think he’s educating more widely: ‘Taking advantage of the press conferences to educate the football tastes of a club… An example of a vocation.’