Palermo aren’t prepared to offer their young goalkeeper Fabrizio Alastra a new contract, according to reports in Italy. Earlier today we covered comments from his agent that Leeds United were interested in the 18-year-old.

Media Gol have confirmed Palermo will not extend Alastra’s current contract beyond June 2017, and subsequently will look to offload him in this transfer window.

These latest developments will put Leeds United on alert following claims by his agent the Championship side are keen on his client. However, Leeds United face competition from Lega Pro side Messina to land the youngster.

Alastra’s agent in the past few days has confirmed they will evaluate the future of the goalkeeper this summer, and therefore are set for meetings with the leaders of Palermo.

Despite making his Serie A debut last season against Torino, Alastra looks surplus to requirements, and may need to find a new club this summer.

“Man City are one of the teams monitoring him” – Agent confirms interest in midfielder, January move unlikely 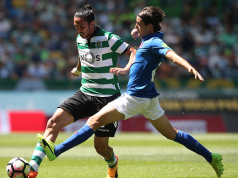