Rodrigo De Paul and Leeds United may be a dream dying.

Messaggero Veneto, a newspaper close to Udinese which has covered the mini-saga from the start, report the Premier League club are ‘not moving’ from the original €25m offered by Andrea Radrizzani, with the Leeds owner long pushed forward as the man leading this operation.

That stance has been reiterated in the ‘past few hours’, which is why it’s thought the Whites have instead moved for Michaël Cuisance. Frustrated by a lack of minutes at Bayern Munich, the Frenchman is be keen on a move, and the Bundesliga side have begun to agree.

Tuesday morning claims from Germany said talks were heating up and Cuisance had been given permission to leave Bayern.

De Paul and Cuisance play in a similar area of the pitch, with the former being more involved in the games he played last season, judging on nearly every metric on the Wyscout professional scouting system.

Zenit have been keen on De Paul, but he’s described as being ‘perplexed’ about such a destination, and if the Leeds move fails, as seems the case right now, he could stay at Udinese. 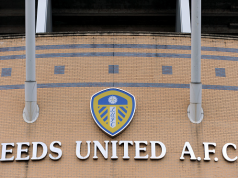 Deal for Chelsea player already being seen as a ‘masterpiece’ –...

Agent of Leeds United ‘warrior boy’ speaks of his potential and...