For years, whenever Marcelo Bielsa is linked with a managerial job somewhere, many fans of the club break out into excitement.

The coach is a little crazy but completely dedicated and attacking, and his football at Athletic Club Bilbao caught the imagination of many around Europe.

A troubled brief (2 days) time with Lazio was followed by another troubled time with Lille, and therefore it’s interesting to see Bielsa now linked with Leeds United.

The Argentine demands total commitment from those around him, and that relates to investment and facilities as well.

When clubs take Bielsa on they should know that if they don’t do as they’d originally promised him then it could be a very short and dramatic stay.

El Correo, an excellent Bilbao source, report Leeds United have identified Bielsa as their ‘priority objective’ and are in negotiations to sign him. The Basque newspaper says that from the English side of a deal, it’s felt the process is ‘on track’ to hire him.

This one could get very interesting indeed.

The Bielsa claims come a week after it was reported in Italy that Leeds had made an approach to Filippo Inzaghi. 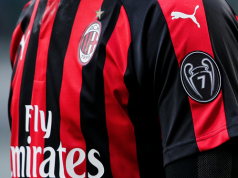 Manchester United have ‘set their sights’ on signing – Looks like...

‘Benitez wants him in January’ – Everton ‘planning to present offer’...