Toulouse are no longer in the race to sign Nantes forward Yacine Bammou following the arrival of former Sunderland player Ola Toivonen. These latest developments could give Leeds United or Aston Villa hope of landing the player after tracking him in this window.

But Football Club have reported Toivonen will be the replacement for Wissam Ben Yedder after the player recently left Toulouse to join La Liga side Sevilla.

A number of strikers have been linked with a move to Toulouse since it became apparent Yedder would be leaving Toulouse, and Bammou was one of those seen as an option for the Ligue 1 club.

However, now Toivonen has joined the French side to rebuild his career after his disappointments at Sunderland last season, it’s been reported they won’t pursue the Nantes star.

Leeds United and Aston Villa have been linked with Bammou in the past few weeks following claims the 24-year-old could leave Nantes this summer.

Despite the lack of attacking options, the new coaching staff at the Loire club don’t see Bammou to be in their plans, and Nantes leaders are now prepared to listen to offers for the player. 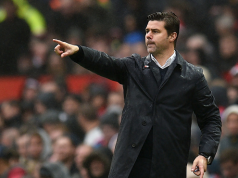