While there was some mild optimism that Leeds United could reach a deal with Udinese for Rodrigo De Paul, it appears that is slowly dwindling as the days go by.

A lot of it seemed to stem from the player’s fingers crossed emoji a week or so ago, as the Argentine appeared willing to make the move to Marcelo Bielsa’s team, but Andrea Radrizzani still hasn’t found the money to make it happen.

It’s been made very clear from the off that the Pozzo family were difficult to deal with, especially on the Udinese end, and they’ve stuck to their guns for now.

Requesting around €35-40m for their star midfielder, the Serie A side are yet to receive an offer that matches their demands.

That’s pushed by two separate sources on Wednesday, starting with Calciomercato, who explain in a very brief article that Leeds ‘aren’t prepared to pay the €35m’ requested for De Paul.

This is then backed up by Messaggero Veneto, who point out the player could stay in Italy as the Elland Road side ‘are still far from the €40m demanded by Gino Pozzo’.

Neither of those are encouraging for any Leeds fans who wanted De Paul, and it appears the newly promoted side have moved onto other, perhaps less expensive, targets. 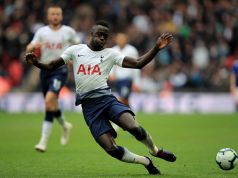 From Spain: Arteta ‘beginning to lose credit’ at Arsenal – ‘Good...