Leeds United have strengthened their attack and defence by signing Rodrigo and Robin Koch from Valencia and SC Freiburg respectively this summer.

The Whites have identified Fiorentina’s Erick Pulgar as a target to bolster the midfield for the new season. This is what La Nazione report in their Friday edition.

According to the local newspaper, the 26-year-old continues to receive offers, particularly from the Premier League, even though the Serie A side view him as a player who is ‘non-transferable’.

West Ham United made an approach a few months ago, and Marcelo Bielsa’s side have now become the latest English side to chase the Chile international.

It’s claimed that Leeds placed a £10m offer on table for the player, but their proposal hasn’t convinced Fiorentina. 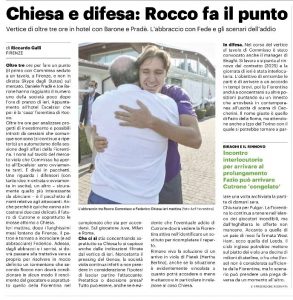 La Nazione end their report by stating that Leeds United’s offer was ‘not considered sufficient,  but the scenario can take a different turn at any moment’.

This would suggest Bielsa’s side can still retain a hope of signing Pulgar, if they were to return to Fiorentina with an improved offer before the window closes.