Leeds United defender Ezgjan Alioski has a deal in place to join Galatasaray in the summer when his contract at Elland Road expires.

That’s according to FotoMaç, who say the North Macedonia international has asked the Turkish side not to announce the deal just yet.

They report that Alioski, who is out of contract with Leeds this summer, has a pre-contract agreement in place with the Super Lig side but is waiting for the season to end to announce the deal.

That is because he is fearful of an angry response from Leeds fans about the move, with them and the club having grown frustrated regarding the 29-year-old’s contract situation.

FotoMaç also explain that Alioski has turned down a contract renewal from Marcelo Bielsa’s side, having deemed their offer to be too low, another reason for fan annoyance.

It is because of that reduced offer he has elected to accept what Galatasaray put in front of him, although he wants to keep the deal quiet until the end of the season.

It seems he’ll be on his way, though, bringing an end to a months-long saga and leaving Leeds to find a replacement this summer. 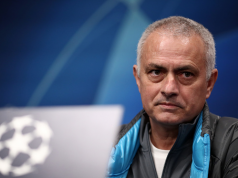 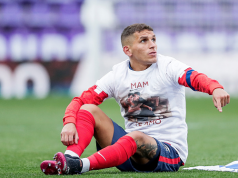 “I want to be happy here” – Arsenal player hints at Emirates frustration, enjoying life away from Arteta

“Obvious option” – Mourinho on why Roma plan is following Tottenham...

Chelsea in picture for signing – Roman Abramovich seen as huge...

“I want to be happy here” – Arsenal player hints at...