Thursday’s edition of L’Equipe has a big splash on purchases Real Madrid may make during the summer transfer window.

It’s largely speculation built on speculation, which has been the theme for the French newspaper this week, and they of course needed to get a French slant in there.

Zinedine Zidane ticks one box, and to him are added Paul Pogba, Kylian Mbappe and former Lille player Eden Hazard.

The Manchester United interest comes with Pogba, and it’s claimed, once again, that Zidane likes the player a lot and was interested before the midfielder moved to Old Trafford.

Poor relations between Florentino Perez and Mino Raiola made a deal too difficult to do, and off Pogba went to Manchester United.

Then some speculation: ‘Today, Real’s midfield field is one of the priorities for Zidane’s new project and the French manager knows that his president cannot refuse him anything.’

And some more: ‘An exchange between Pogba and Gareth Bale could accommodate everyone.’

Still with us, United fans? Or have you thrown your laptop in the bin?

Ok. Bale turns 30 years of age this summer and has an injury record which doesn’t exactly help his CV. Pogba has just turned 26. 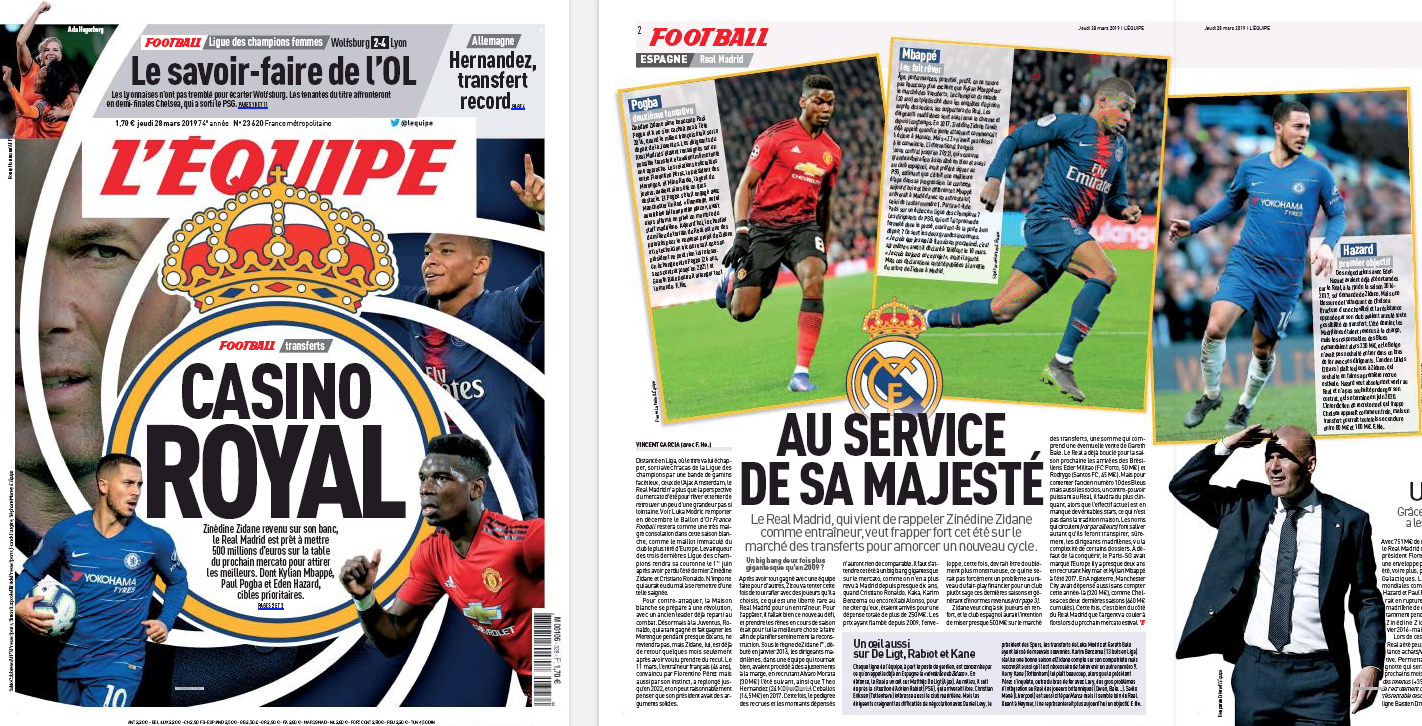 It’s unthinkable that the Premier League club would simply be happy with an exchange and come out of it feeling they’ve reached a solution which helps everyone.

Fans would be furious with such a deal, and it doesn’t make sense commercially either, so Ed Woodward wouldn’t be a fan.

Unless there’s a big chunk of money on top, and in L’Equipe’s idea it doesn’t give encouragement for that… it’s surely not happening.

However, Madrid wanting Pogba is believable, and he’s made it clear it’s something he believes would be a temptation for all footballers. Just not in this way.