Home Europe Liverpool ‘showing interest’ in ‘genius’, competition to Bayern Munich for yet another...
SHARE

German magazine SportBild are on a run of linking Liverpool to Bayern Munich transfer targets.

In their magazine three weeks ago, Anfield was described as the ‘perfect’ destination for Timo Werner.

Then two weeks ago they picked up weak rumours of Liverpool being keen on James Rodriguez, and gave the Premier League club just 20% chance of getting the player… of course Bayern had better odds.

Then last week they reported Liverpool were keen on Chelsea’s Callum Hudson-Odoi, just like Bayern, and had held a meeting with the player’s family.

Jurgen Klopp was presented as trying to ‘woo’ the player, and with a move to Bayern looking close back then, it seemed like a chance for SportBild to claim transfer victory for the German club ahead of the Champions League ties.

Chelsea have put their foot down over a January transfer, and when SportBild cover the player in their edition this week, there’s no mention of Liverpool being competition.

However, the Premier League club do get a mention when it comes to another player, Benfica’s Joao Felix. The 19 year is seen as the Lisbon club’s next big thing and has shown enough to justify at least some of the hype.

Liverpool are said to be ‘showing interest’. 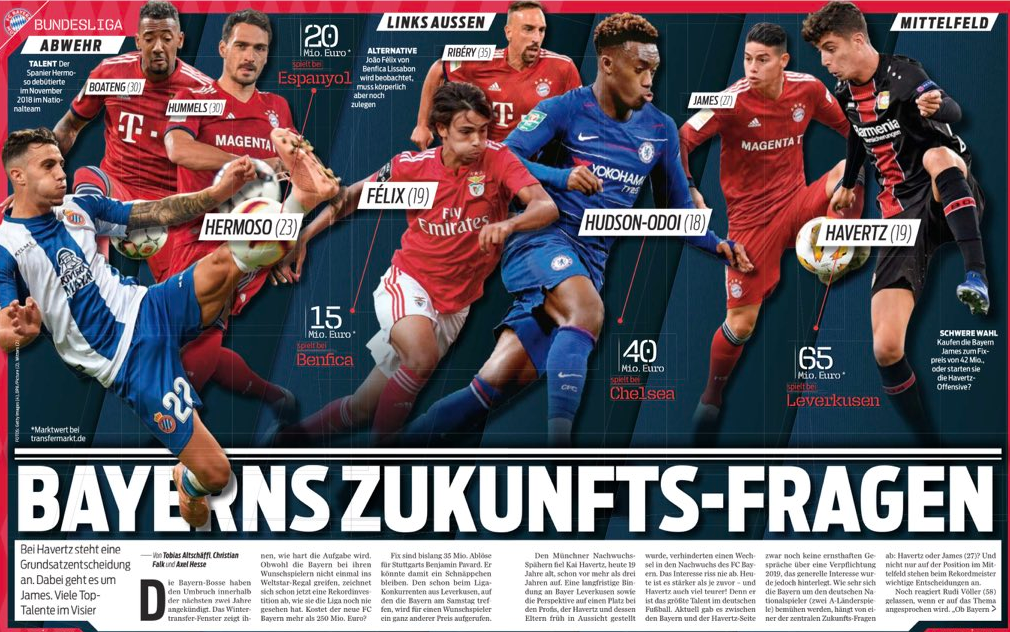 On Tuesday night he scored a goal and made an assist in a 5-1 victory over Boavista. 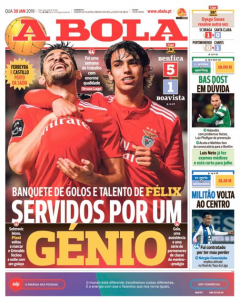 A Bola today call him a ‘genius’ of their front page, and say he was Man of the Match. The Portuguese newspaper say Bayern Munich had a scout in attendance, Liverpool didn’t.

Klopp’s club have been linked before, in Portugal, but they’re not the strongest linked and this does feel like an effort to drag the Reds into as many Bayern transfer chases as possible.

SportBild say Joao Felix’s valuation at Transfermarkt is €15m. If Bayern feel that’s anything like a real valuation then they’ve got a shock coming.