Imanol Alguacil has been  in charge of Real Sociedad since March after Eusebio Sacristan was shown the exit door at the San Sebastian club. Alguacil was handed a contract until the end of the season and Sociedad will look for a replacement this summer.

Former Sociedad goalkeeper Roberto Olabe was appointed as the club’s director of sport in March. He’s been handed the task to find a candidate, who can replace Alguacil as the Spanish side’s new manager.

According to the Spanish newspaper Marca, Watford manager Javi Gracia is identified as one of the candidates to become Sociedad manager for the next season.

Unai Emery, who recently left Paris Saint-Germain, and Leganes coach Asier Garitano are also on the list of candidates for the job at Anoeta.

The report explains the Watford boss, who ‘welcomed the proposal’ was tempted by the idea. Emery, on the other hand, is looking for a club that will play in European competition. Marca claims Garitano is now leading the race and is expected to be the next Sociedad manager. 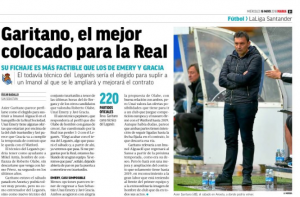 Gracia being tempted to return to Spain could be a worry for Watford. They have been in a similar position with Silva, who was linked with the Everton job in the first half of the season.

The Portuguese coach was distracted by the Everton rumours and eventually lost his job at Watford.