It’s again reported in Mexico that Wolves are ‘about’ to make Raul Jimenez the country’s most expensive footballer ever, but this time there may be more behind it.

Despite plenty of doubts, some from not so far away, when he joined Wolves that they’d ever seriously consider paying the €38m clause to make the deal a full purchase from Benfica, it now doesn’t look so crazy.

Seven goals and fours assists so far this season, and that being on an upward curve, is a good return and it’s generated some excitement back in Mexico.

Record MX have managed to speak to their aspiring national hero and he was clear that he’s very happy where he is, and Wolves have been everything he could have hoped for: “Yes, here in Wolverhampton I had the opportunity to play more minutes, to have more activity, I think I’m in a great moment of my career. 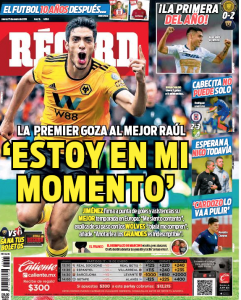 “It’s what I’ve been looking for during these four years, this continuity and now that I have it I am taking advantage of the opportunity, giving 100 percent of myself in every training session, in every match, so as not to lose the confidence that the coaches give me.”

On if he’s going to be staying at Wolves beyond the end of the current season, the striker said: “I am very fond of the Premier League, I’m very happy here.

“I think I fit very well in the team and that is noticeable match by match, but it’s something that they decide to buy me or return to Lisbon after the loan, or leave to some other team. I would like to continue here in the Premier League but with time it will be seen.” 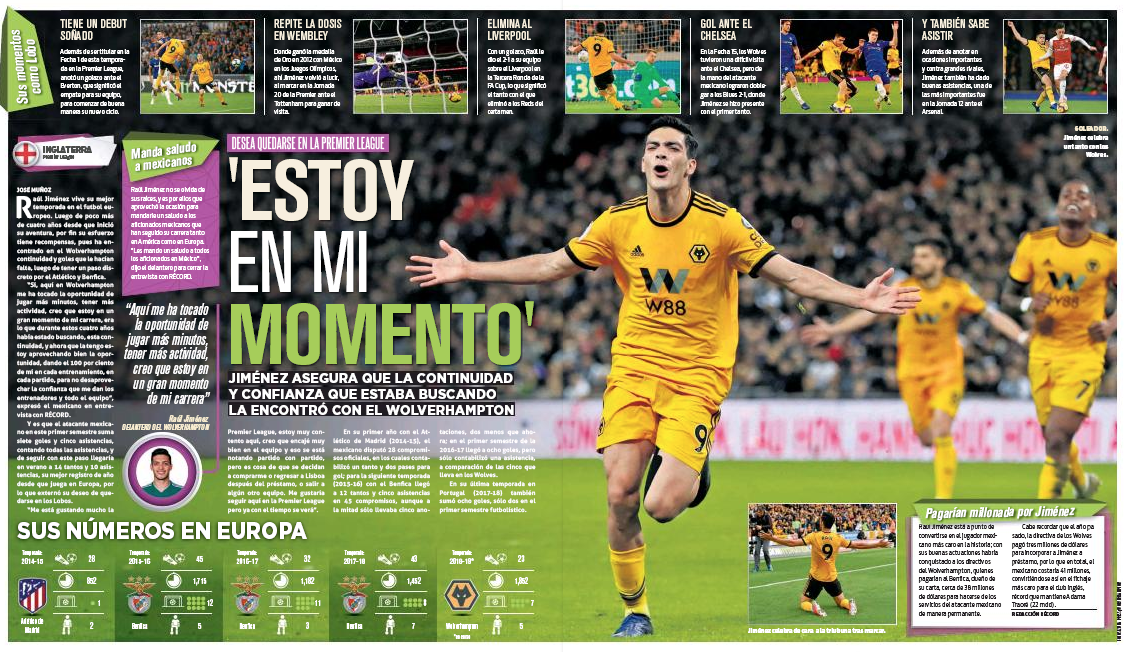 Record then went on to say Wolves are ‘about’ to make the deal permanent with Benfica.

Still, it’s hard to see the benefit in doing so this early, unless it’s for a reduced price.