Home Europe From Italy: Two players could be offered in swap for Manchester United’s...
SHARE

With Inter Milan planning to offload Mauro Icardi in the summer transfer window, the Serie A side reportedly have Manchester United striker Romelu Lukaku pinpointed as a potential replacement.

That’s what Tuttosport claims, as they list the Belgian star as one of the main targets to get the number nine shirt of the Nerazzurri.

But there’s a specific reason why Lukaku is one of these names. That’s not only because of Inter’s wish to have the player, but also for the way they will negotiate to get him.

The Nerazzurri are reportedly looking for clubs who are interested in Icardi and maybe Ivan Perisic so they would include them in the negotiation. 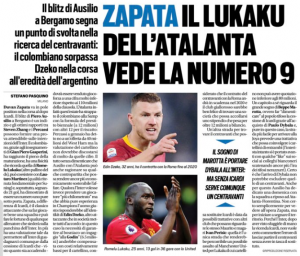 Romelu Lukaku reportedly has a price of €80m set by Manchester United, and the only way for Inter Milan to make ‘the assault possible’ would be to offer Perisic and Icardi to make the deal happen.