Out of the many Chelsea players leaving the club on loan this summer, Mario Pasalic had the most tumultuous ride to his latest club: Atalanta.

The Croatia international was the subject of a tug of war between the Bergamo based side and Fiorentina, who were also interested in acquiring his services for the current season.

At first, it seemed like the Chelsea midfielder would be heading to Florence, but a last minute change saw him end up playing a bit further north for Gian Piero Gasperini’s side.

According to Gazzetta dello Sport on Thursday, Roman Abramovich is the one who personally ordered his club to stop negotiations with Fiorentina, which we already knew, but the reason was never revealed. 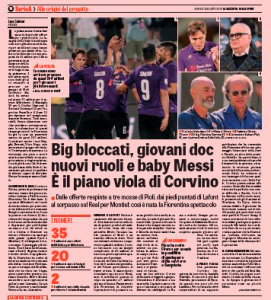 Now, we know it’s because he remembered the fuss they kicked up during the Mohamed Salah fiasco, and didn’t want to deal with them again.

The Italian newspaper believe that had Pantaleo Corvino, the Italian side’s technical director, decided to really fight for Pasalic, he’d have signed him, but, in the end, a decision was taken to avoid creating more problems.

While the 23-year-old might have been disappointed with his club’s decision, he’s probably forgotten all about it, having started his season fantastically well, scoring two goals and picking up three assists in his first five games for Atalanta.