On deadline day of the January window, West Ham United allowed Frederik Alves to seal a permanent move to Brøndby.

The Hammers took the defender from Silkeborg IF in the winter 2021 market and he failed to feature for them in the second half of last season.

In need of regular game time, David Moyes’ side allowed the 22-year-old to join Sunderland on a season-long loan deal last summer. His time with the Black Cats was cut short in the winter market.

Last month, the centre-back’s agent revealed he was in talks with the Premier League side over another loan move for his client. Instead, the Dane ended up leaving West Ham on a permanent deal.

“It was right at the end of the window. But they have been interested since the summer when West Ham came [to watch me] on the pitch. I had no doubt when they approached me,” Alves told Ekstra Bladet. 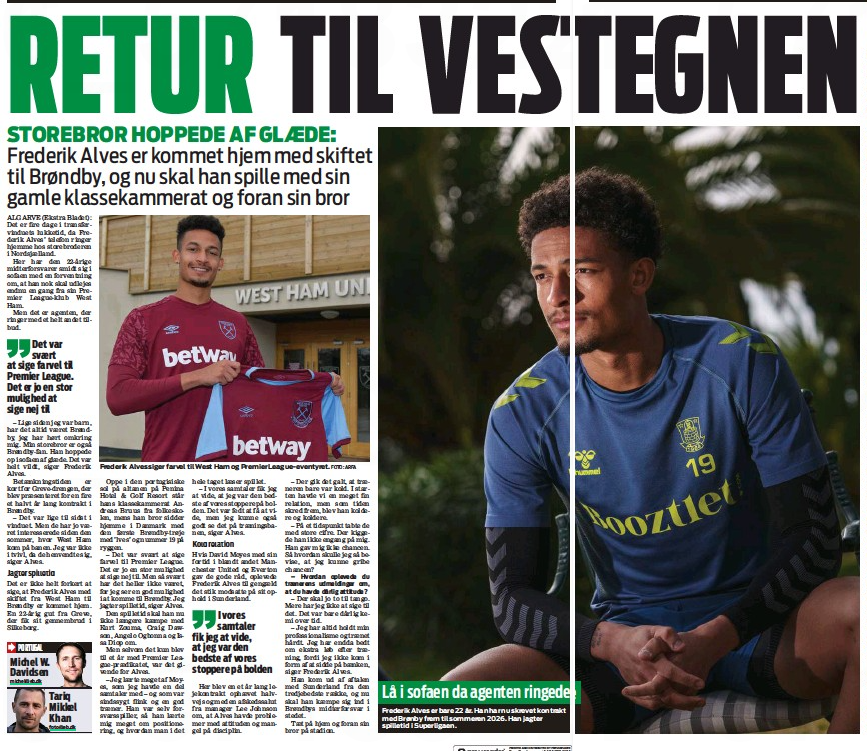 “Ever since I was a kid, it has always been Brøndby that I have heard around me. My older brother is also a Brøndby fan. He jumped on the couch with joy. It was crazy.”

Alves, who was initially expected to join another club on a temporary deal in the winter market, is disappointed to leave the Premier League.

“It was hard to say goodbye to the Premier League. It is a great opportunity to say no to. But it has not been that difficult either, because I see a good opportunity in coming to Brøndby. I chase playing time,” he explained.

Despite not featuring for West Ham, Alves insists training under Moyes has helped him improve his game.

“I learned a lot from Moyes, with whom I had a lot of conversations – and who was an insanely nice and good coach. He was a defender himself, so he taught me a lot about positioning and how to do it,” Alves added.

“In our conversations I was told that I was the best of our centre-backs on the ball. It was cool to be told, but I could also see it on the training ground.”