Joao Mario update #39204575: There still hasn’t been a total agreement between West Ham and Inter, but everything appears to be slowly getting there.

When we last left this saga before calling it a night on Tuesday, there was only a mere €5m standing in the way of a completed deal, and that’s now down to €1.5m.

Interestingly enough, both Corriere dello Sport and Gazzetta dello Sport have the exact same information on Wednesday, and a big part of that is the fact Joao Mario has said finally said yes to the Hammers.

On Tuesday evening, that rested entirely on whether Inter wanted the view to buy to be compulsory or not, and it seems they’ve backed down from that demand. 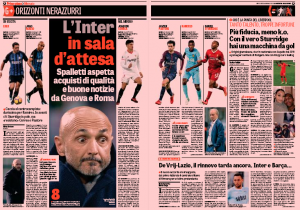 Now, it’s just down to the fee up front, with the amount to be paid down the line seemingly agreed upon (although the amount hasn’t filtered to either newspaper).

That’s €1m less than what FC Inter News were reporting on Tuesday evening, so it could very well 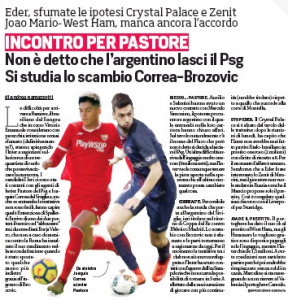 be negotiations are still ongoing, and an agreement could be reached on Wednesday.

The Hammers would be looking for a free loan because they’d be covering the player’s wages.

In fact, Gazzetta state today is the ‘in or out’ deadline, so we’ll be keeping our eyes peeled.