A year ago, there was quite some drama lived by Willian with his national team. Right at the time the Chelsea player lost his mother, he was dropped to the bench by manager Tite, with his situation being repeatedly, but delicately, commented on.

Things seem to be getting better now. Besides getting more starts for Chelsea this season, the winger is getting his confidence back on an international level as well.

The 29-year-old is set to captain the national team for the first time this Friday, as Tite has been giving the armband to several players before deciding who’ll wear it at the World Cup.

“In the national team we are building several leaders, I am the 14th, I feel honoured and thank Tite and the coaching staff for the opportunity to start and have the armband,” Willian said in the pre-match press conference (via Globo Esporte).

“I’m a little shy, I don’t talk much, but we have several types of leaders. It is not only who has the captain’s band, everyone has to contribute.”

“I think it was very important when Tite joined the squad and brought us a lot of things to be mentally stronger, focused on the game. I think that’s the most important thing, being strong on the pitch. You can win if you are always stronger mentally.”

Willian will be replacing Philippe Coutinho for the game against Japan, since the Liverpool star is currently recovering from injury.

But there’s still a chance that Coutinho will be moved to a central role, which makes Willian the first option to take his spot on the right wing.

A front four of Willian, Coutinho, Neymar and Gabriel Jesus certainly wouldn’t be too bad. But the Chelsea player still claims Brazil shouldn’t be labelled favourites to win the World Cup.

“The favouritism we leave to the fans and press, there are many teams with a lot of potential and quality, we know that. We want, as I always say, to evolve, improve, reach higher levels.” 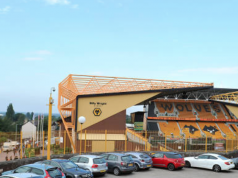