Erik Pieters signed for Amiens on loan at the end of the January 2019 transfer window.

He’d been told by Stoke that a loan exit was possible and after a chat with his agent, the defender decided to take the flight to France and try his luck for the rest of the season.

It’s worked out pretty good for him and Amiens, with Pieters a regular for the Ligue 1 club, and the desire to keep him around growing.

Speaking to L’Equipe, Pieters has been asked about his current situation and choices going forward, and the footballer explained: “I want to keep my options open. I want to show what I’m worth.”

The French newspaper says Pieters has offers from both the Netherlands and France. 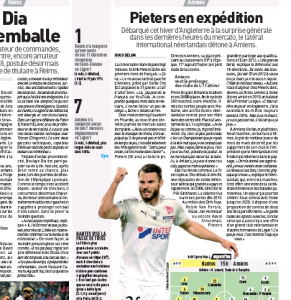 In February, L’Equipe reported that the footballer’s wages continue to be ‘mostly’ paid for by Stoke.

The Championship club obviously won’t want to keep that up going into a new season, which could make a stay at Amiens difficult for both Pieters and the French club.

There’s a two year contract offer from Amiens for the player, whose Stoke deal ends in June 2020.