We hate being those people, bringing back bad memories and all that, but when Dimitri Payet decided to have a chat with So Foot about his West Ham exit, we knew it would be good.

Speaking to the French magazine in a very lengthy interview, the France international, now back at Marseille but nursing an injury during the break, opened up about his life in the south of France, his new teammates, his beginnings and, of course, his time at Upton Park/London Stadium.

The 30-year-old, who made a name for himself for all the right reasons during his first season under Slaven Bilic, still only has praise for the Croatian manager, and admits he owes a lot to the man currently fighting for his job after three defeats in as many games in the Premier League.

He said: “He managed me like a father. We spoke every day. He quickly understood how I worked. You saw that straight away in how quickly I adapted. He’s a cranky guy. He’s from Croatia… He can shout, but he’s good at man management”.

Revealing he didn’t hold anything against Bilic when the West Ham coach had a go at him in press conferences, Payet admitted to his ability to make life hell for his managers if he so wished.

He explained: “I know how to be a d***head. It’s one of my specialties. It’s a little game. When I want to piss everyone off, I do it. My managers understood that: when I sulk, they talk to me. It’s a way for me to be heard. Those who know me play along, and, in the end, it goes well”. 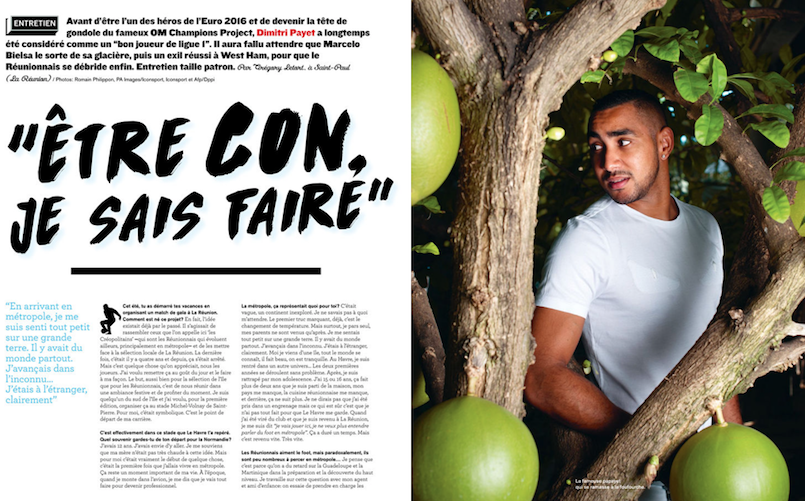 December last year was when it all started to go wrong for West Ham and Payet, once Marseille had changed owners and things were looking up.

Furthermore, the Hammers weren’t able to carry on their impressive form from the 2015/16 season, and the France international started to feel like this wasn’t the right club for him anymore.

He said: “I left Marseille feeling unsatisfied. Playing in Marseille during the Euros brought all that back, and I saw the fans were still behind me despite me changing clubs. I told myself when I left that I would return to OM. Leaving was never in my plans, anyways.

“No one ever forces me to do anything, but leaving the club was done out of love. I knew there was a need for money, and the most expensive players would be sold. I could have said didn’t want to leave, but when you love OM, you can’t even think about leaving it in the sh*t.”

He added: “I left for many reasons, but the main one was about football: West Ham’s objectives weren’t the same as the last season, and I felt in danger for my football and my chances with the national team. I had a choice to make”.

Payet has never been afraid to say what’s on his mind, and that’s why Marseille fans love him.

And that’s also why West Ham fans don’t really like him, either.