Moisés Caicedo’s performances for Ecuadorian side Independiente del Valle in 2020 saw him attract interest from Europe.

The midfielder was linked to Manchester United for a while, and reports from this time last year had indicated he was expected to make a switch to Old Trafford in January 2021, but, instead, he ended up joining Brighton & Hove Albion.

Graham Potter has handed the 20-year-old only one appearance with the first team, which came in the Seagulls’ EFL Cup win over Cardiff City in August, just days before he sealed a loan move to Beerschot.

Gazet van Antwerpen interviewed the Ecuador international and asked him about the reports that linked him to United and Chelsea, before he moved to The Amex.

“They [Brighton] were the only club I had personal contact with. I believe that God has mapped out a way for everyone,” he said. 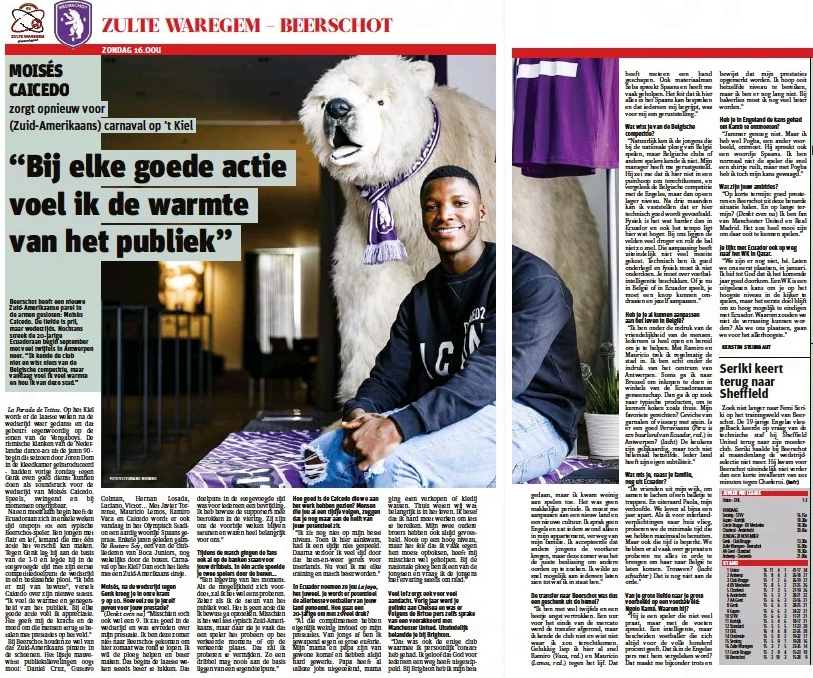 “At Brighton, I did my best, but I didn’t get to play much. It was not an easy period. I had to adapt to a new country and a new culture. I didn’t speak English and was alone in my apartment every night, far away from my family.

“I accepted that other guys were preferred, but in the summer, it was the right decision to look elsewhere. I wanted to show everyone what I’m capable of, as soon as possible.”

After initially struggling in Belgium, the Brighton owned player is slowly starting to shine for the Jupiler Pro League side. His recent displays have seen him being compared to Manchester United’s Paul Pogba and Chelsea star N’Golo Kanté.

Although his immediate focus is to continue impressing for Beerschot, Caicedo didn’t shy away when asked about his ‘ambition’.

“In the short term: perform well and get Beerschot out of this plight. And in the long term? I am a fan of Manchester United and Real Madrid. It would be great to play there someday,” the South American explained.