As he waits for Chelsea to sort out his situation, Diego Costa lives a different football life in Brazil. He’s currently acting as the director of Lagarto FC, a small team from his home town, and has been fighting for the club’s interests.

On Friday, Costa visited the Sergipe State Governor Jackson Barreto to discuss the improvement of the city stadium which Lagarto FC plays at.

Stadium Paulo Barreto is currently forbidden from hosting matches and has only been available for training without fans. So Costa wants the government to update the stands and bring people back to the ground.

Brazilian outlet Globo Esporte covered the visit, and also had a chance to speak to Costa about the controversy he’s been living with Chelsea.

After a simple question about his future with Chelsea, Costa opened up once again and claimed that it’s the club who must decide what to do.

“We are still negotiating, they have to decide what will happen to me. I have two years of contract with them and I hope it’s sorted as soon as possible because I need to play. The coach doesn’t want me for some reason. While they do not define my situation, I started  training on my own.

“The transfer market now closes on August 31st, I hope they will solve my situation before that. I want to play again. It’s what I love to do, it’s what I do. You still have the World Cup next year. I always have offers from many clubs, but I will not reveal the names.” 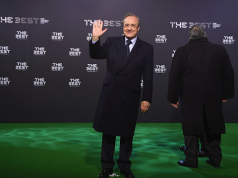