Making it very clear he planned on leaving Huddersfield Town at the end of the season, Jonas Lössl is likely to have a number of opportunities already in front of him for the upcoming campaign.

Set to leave on a free, the Danish goalkeeper has been allowed to discuss a future contract with clubs out side of England since January, and even addressed reported interest from Monaco and Marseille as being a ‘huge honour’.

In fact, Lössl’s name, according to L’Equipe, is one of two to have ‘circulated’ as options to ‘rejuvenate’ the goalkeeping position in the principality, as the two current residents Danijel Subasic and Diego Benaglio are 34 and 35 respectively.

Considering he would cost nothing in terms of a transfer fee and already knows the league, the Huddersfield goalkeeper seems like a risk free move for the Ligue 1 club, who are determined to prove this awful season of theirs (currently 16th in the table) was just a blip in what has been a long period of decent success since their return to the top flight in 2013. 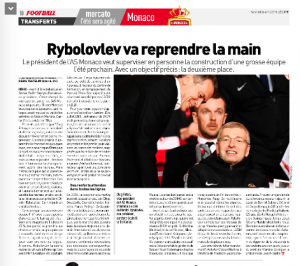 Lössl has featured in 30 games for the Terriers this season, conceding 50 goals in all competitions.