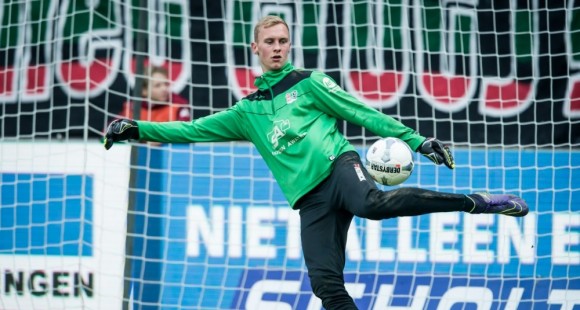 NEC goalkeeper Guy Smit is set to be given the chance of a future at Arsenal, according to claims in the Dutch media. The 20-year-old has also recently been linked with a move to Brighton and Hove Albion.

De Gelderlander explain that Smit’s contract with NEC is expiring, and the youngster is set to travel to Arsenal to train with the club.

Smit will have a couple of weeks to show what he can do, and it’s obviously a great chance for the youngster to shine and snatch himself the opportunity of a lifetime.

Smit has been keeping fit with NEC, despite his contract ending, and is expected at Arsenal perhaps even as soon as today.

Brighton also gave the Dutchman a trial, but when Arsenal came onto the scene their interest faded.

Voetbal Primeur quote Smit as saying: “This opportunity I have to seize.”