Prior to signing for Lille in France after a brief spell in China with Dalian Yifang, José Fonte spent the vast majority of his still ongoing career in England.

Playing for Crystal Palace, Southampton and West Ham, the 35-year-old’s time in the Premier League spanned over 11 years, with some spells more enjoyable than others.

For example, he spent seven years at St Mary’s, helping the club go from League One to England’s top-tier, where they remain to this day.

However, his time at West Ham was a bit different, where David Sullivan explained his kids ‘begged’ him not to sign both José Fonte and Robert Snodgrass, two requests from the club’s then manager, Slaven Bilic.

At the time, the centre-back labelled the comments as ‘ignorant’, and three months later, he was gone.

In an interview with So Foot this month, the topic was brought up again when the Portuguese defender was asked: “Have you always had the feeling of needing to do more than others? At West Ham, the son of David Sullivan said in the press that his dad shouldn’t have bought you, for example…” 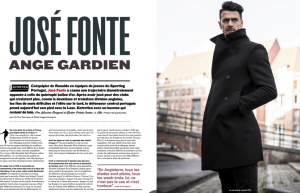 There might be a bit of confusion regarding the source of the original quote here, but the core argument is the same.

Fonte replied: “It’s his opinion, but what does he know about football? He speaks about it like he’s an expert, but he’s just a kid. When I was there, the club was struggling, and they still are, so I wasn’t the problem.”

The defender then went onto calling out critics in general, especially those who believe they know better than professional footballers.

He said: “Everyone thinks they need to give their thoughts and we should listen to them. For example, I don’t know anything about medicine, so I can’t see myself giving my opinion to those who do… Why can’t it be the same with football?

“If you’ve never played at the highest level, never played a game of Premier League or an international game, you can’t know how tough it is. Being a footballer isn’t simple.”

He ended the topic with: “The way I play requires me to be in perfect physical condition, so I eat well, I relax and I don’t go out. Once I’ve done all that, I’m at peace with myself and I can go on the pitch with confidence.

“Work hard, but work smart. The rest is football and its lack of certainty.”