Martín Montoya arrived at Brighton & Hove Albion from Valencia in 2018 and has featured regularly for the Seagulls in league fixtures.

Having made 25 appearances in the Premier League last season, the right-back has retained his place in the starting XI after Graham Potter arrived at the club last summer.

The 29-year-old has made 23 appearances in the league this term and has an assist to his name.

Last month, reports coming out of Spain talked about Sevilla interest in the defender. It was also explained the former Barcelona man is open to the idea of returning to La Liga this summer.

The Brighton player’s agent Juan de Dios Carrasco has given an interview to website TuttoMercatoWeb and when asked if his client has been reborn in England, Carrasco said: “He’s happy. He has a manager like Potter who helped him so much to have a great season.”

“I think it will be different. I represent Santi Mina and Montoya. Mina has four years at Celta and Montoya has two years at Brighton.

“The clubs I speak to believe that they will lower their takings by 15-20% and this will also affect transfers. Clubs will have no financial resources and no intention of making huge offers for the players.”

Montoya’s current deal at The Amex runs down in 2022 and the Spaniard is enjoying his football life.

Taking Carrasco’s comments into account, a move away from Brighton in the summer is unlikely to be on the fullback’s agenda. 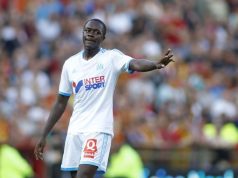