Southampton have struggled to impress in the Premier League and have lost more than 50 percent of their league fixtures this season.

The Saints have managed only five wins in all competitions in this calendar year and this includes only one league win in the last six matches.

Ralph Hasenhüttl’s side are 14th in the league table with 34 points after 29 games and are seven points away from the relegation zone.

Despite the poor run before football was suspended in March due to the Covid-19 crisis, the South Coast club offered a new deal to the Austrian earlier this month. His current deal will keep him at St James’ Park until 2024.

SportBild have interviewed the manager and asked him ‘why is it nicer to be 14th in England rather than being a runner-up in Germany’.

He said, “Nobody says it’s nicer. You can’t compare it. This is a completely different task. I understood very quickly what Southampton is all about and want to promote the long-term development of a club that has limits. The Champions League had its appeal for me – the Premier League as a coach [is] even more.”

Hasenhüttl dismissed any suggestion that money was a factor behind his decision to sign an extension.

“I worked my way up from assistant coach in Germany’s 3rd League to the Premier League. With the successes came the money, but it never drove me and it isn’t [the case] today,” the Southampton coach explained.

“We are the world’s best marketed league, here is certainly the most money to earn. But I am also aware of the responsibility I have for 400 employees at the club.

“The feeling that this task fulfils me is more important than money, and it does so mainly because I feel [there’s] a great deal of trust here.

“There are not many coaches who survive a 9-0 defeat (against Leicester City). We don’t play the stars from the sky every week, but the club is 100% convinced of the path we have taken together. I have never had such a negative phase as we had here in autumn and when you can get through this together, it works out tremendously.” 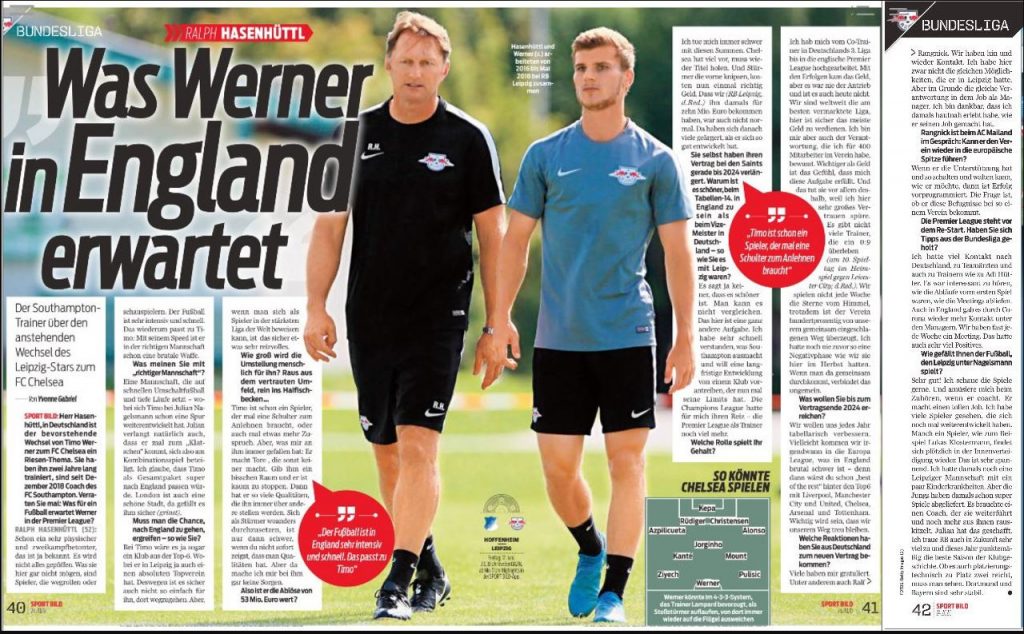 The 52-year-old also explained what he wants to achieve with Southampton before 2024.

“We want to improve every year. Maybe we’ll get into the Europa League sometime, which is brutally difficult in England – because then you would be “best of the rest” behind the Top 6 with Liverpool, Manchester City and United, Chelsea, Arsenal and Tottenham. It will be important that we remain faithful to our path,” he stressed.