Cristiano Ronaldo left Real Madrid and made a switch to Juventus last summer.

For several months, every time a player from the Spanish capital club gave an interview, a question about the Portugal international was put forward without fail during the course of the interview.

A similar trend has started with Real Sociedad players in recent times as they have been asked about their current teammate Sandro Ramirez, who is on a season-long loan deal from Everton, when they sit down for interviews.

Earlier this week, Gipuzkoa edition of Mundo Deportivo asked about the former Barcelona man to Aritz Elustondo and he explained the 23-year-old is struggling with lack of confidence.

The forward has failed to score a single goal for the La Liga outfit this season and his last goal in a competitive fixture was in November 2017. 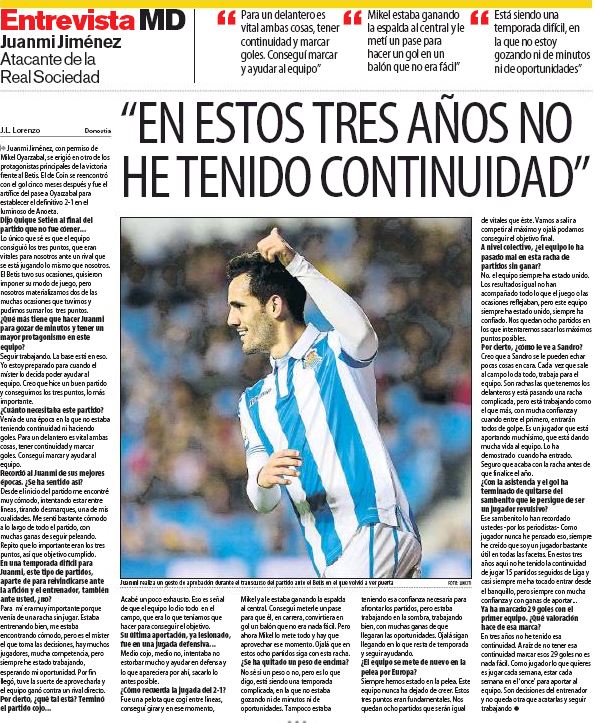 In today’s edition of Mundo Deportivo, they have interviewed Juanmi Jimenez and he was also asked about his views on Sandro’s struggles at Sociedad.

“Every time he goes to the field he gives everything, he works for the team,” Juanmi said.

“He’s going through a complicated spell, but is working at the most, with great confidence and when the first goal comes in, they’ll all come in at once.

“He is a player who is contributing a lot, who is giving a lot of life to the team. He has shown it when he has entered. I’m sure he will end his goal drought before the end of the season.”

Everton will hope so.