With Alban Lafont being sent out on a two-year loan to Nantes in Ligue 1 and Bartolomiej Dragowski returning from a successful loan spell at Empoli, a clear message was sent: the Poland U21 international will start for Fiorentina next year.

Doing his best to help his temporary club avoid relegation back to Serie B, the 21-year-old ultimately failed in his endeavour, as Genoa secured 17th spot ahead of the Tuscan club.

His excellent performances were widely covered by the Italian media, and it was no surprise seeing a couple of teams in the Premier League, especially AFC Bournemouth, circling around Dragowski towards the end of the campaign.

In fact, the Cherries went as far as making an offer to Fiorentina and offering the player a contract, according to Corriere dello Sport on Tuesday, explaining there was a chance for the youngster to ‘more than double his wages’ in England. 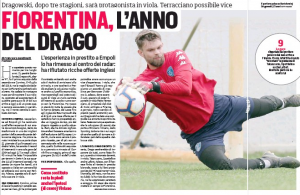 Despite this enticing offer to head to Vitality Stadium, the goalkeeper has reportedly put everything transfer related ‘on standby’, which also included a chance to head out on loan Lecce.

The prospect of being Fiorentina’s number one goalkeeper, which he’s waited three years for, is his priority, having joined from Jagiellonia back in 2016.

It doesn’t sound like he’s rejected Bournemouth entirely, but as things stand, his intentions for the coming season are fairly clear. 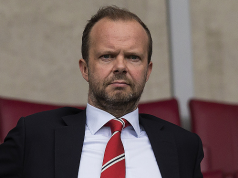 Manchester United’s strike of the season – The PR own-goal from...