Home Premier League Chelsea “We give priority to Chelsea” – Agent hints player could be at...
SHARE

Tiémoué Bakayoko’s season long loan to AC Milan was a rollercoaster which ended in something of a crash.

The Chelsea owned midfielder started off slowly and couldn’t find his way into the team, failing to impress when he did get on the pitch. There was even talk of trying to send him back during the January transfer window.

Then the Frenchman started to impose himself and gradually became one of the club’s most important players. He was lauded in Milan’s local sport media and the talk changed to hopes of a permanent transfer this summer.

Then he fell out with Gennaro Gattuso and was seen having an argument with his manager on the bench. Ideas of a permanent transfer fell apart, and that’s still the case even though the manager has left.

Abdoulaye, Bakayoko’s brother and agent, has been quoted by L’Equipe explaining a Chelsea stay is possible, and something they’re aiming for as an initial option.

The French newspaper quote him as saying: “There are clubs that have informed (of their interest) but we give priority to Chelsea. We are looking for stability.”

“The English couldn’t touch him” – Acuña on Newcastle United teammate, and Shearer demands 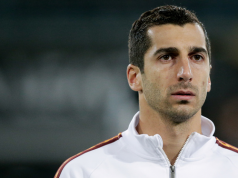 “The English couldn’t touch him” – Acuña on Newcastle United teammate,...

Club negotiating with Arsenal over move for midfielder – Gunners have...